Last week the scientific world was rocked by footage received from the Calvin And Hobbes Space Telescope showing an asteroid being swallowed by a black hole. Upon further analysis of this footage, astronomers have released a detailed report that promise to transmit even more shock waves across the already rattled international consortium of individuals with abnormally high levels of intelligence.

The newly released footage clearly shows the unfortunate asteroid, now named 0H.N035, drifting near the black hole before accelerating towards its demise. As the stunned astronomers continued watching, 0H.N035 appeared to completely disappear inside the black hole, as if to enforce the black hole’s reputation for preventing anything from escaping once swallowed. A moment later, however, something unexpected happened. A small projectile suddenly appeared behind the black hole as if suddenly launched into flight from nowhere. The Calvin And Hobbes Space Telescope tracked the movement of this projectile as it sailed towards Earth, penetrated the atmosphere and landing on someone’s head as they lounged in their back yard somewhere in South Florida. The projectile was recovered and sent to the regional office of National Aeronautics and Space Conquistador Administration (NASCA) for analysis.

After analysis was complete, NASCA held an impromptu press conference to announce the first confirmed existence of black hole shit. 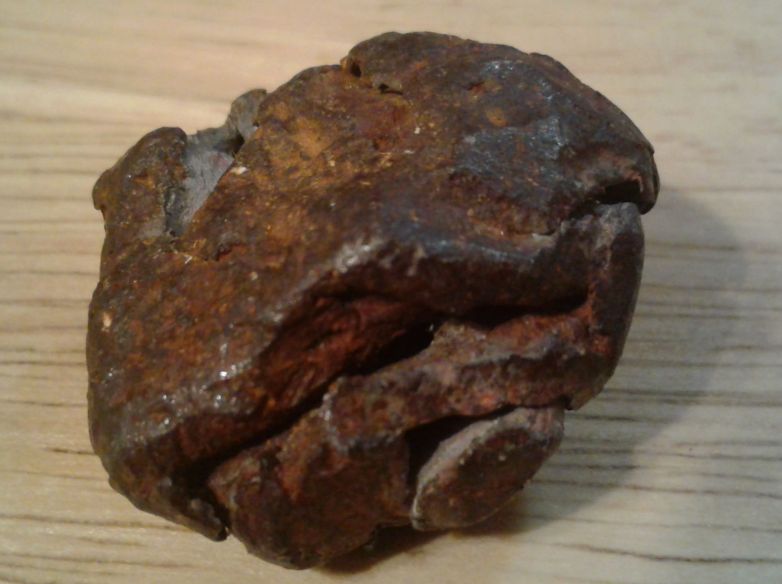 This post is a work of fiction. But then again, you never know.